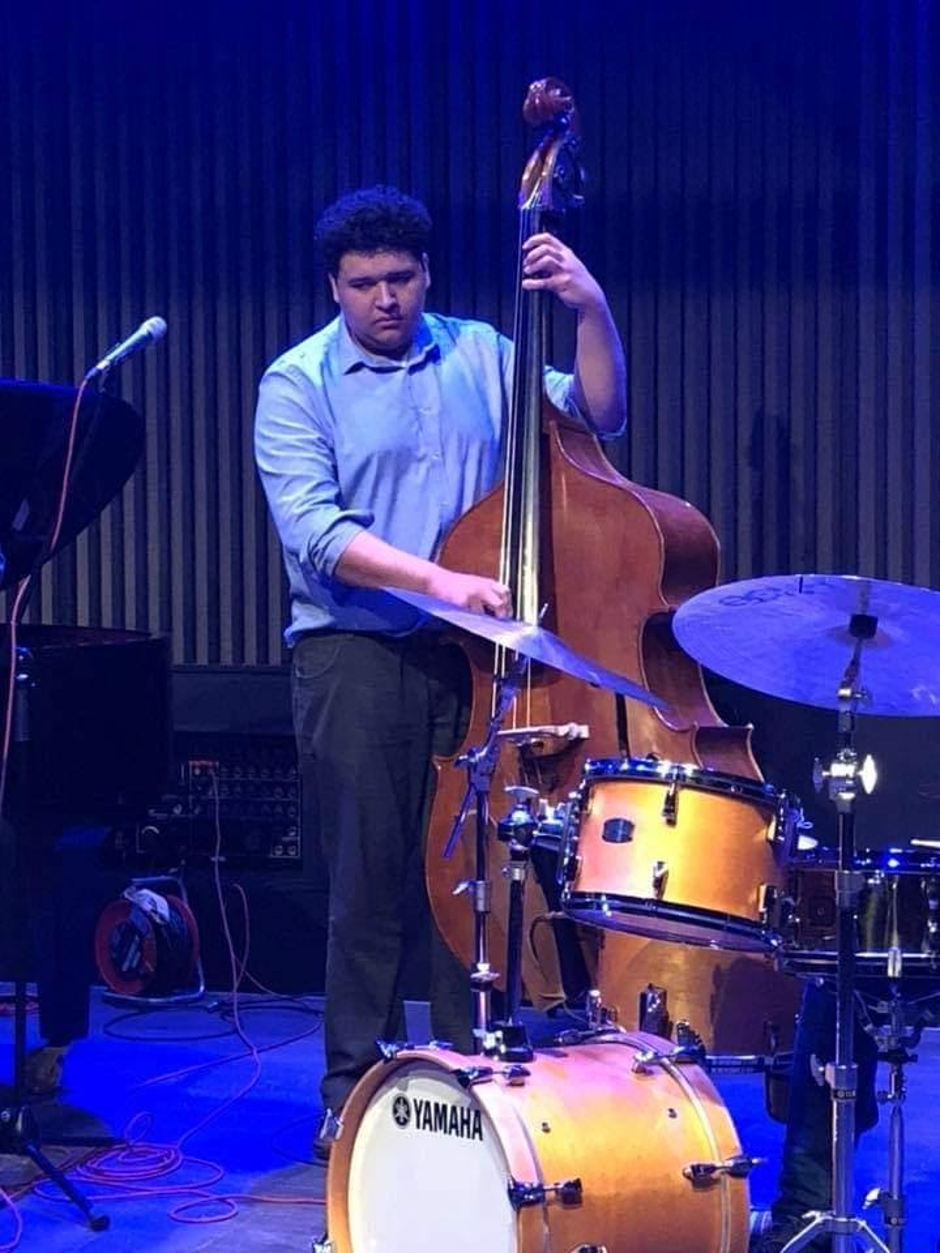 Josh had his first encounter with Dudley Performing Arts at 8 years old, in Year 4 at Netheton C of E Primary school where he was chosen to learn the tenor horn.

A few years on he started Hillcrest Secondary School (now the Link Academy), where they had a music teacher who was offering guitar lessons at the school for free. He applied but did not get lessons to begin with but was later given lessons on first classical then electric guitar. He finally found the electric bass guitar on a school residential trip which became his main instrument.

In Year 9 he was practicing along to the ‘real book’ to the likes of Chick Corea, John Coltrane and Miles Davis. Year 10, aged 14 he auditioned for Birmingham Conservatoire Junior Jazz programme, whilst also being given the chance to study classical double bass with Dudley Performing Arts and play in an orchestra.

Year 11, aged 15 was a busy year, alongside GCSE’s he learned and passed his classical Grade 5 Double Bass in his first year of playing whilst learning jazz on a Saturday.

Josh continued his grades and junior conservatoire through his 2 years at Halesowen College. He achieved Grade 8 Double Bass in Year 13 whilst also auditioning for the jazz undergraduate programme at Birmingham Conservatoire where he was not only accepted but was awarded the biggest scholarship available. Here he spent 4 years studying with some of the best musicians. To name a few: Percy Pursglove, Jeff Ballard, Ben Street, Drew Gress, Thomas Martin and Yuri Goubolav. 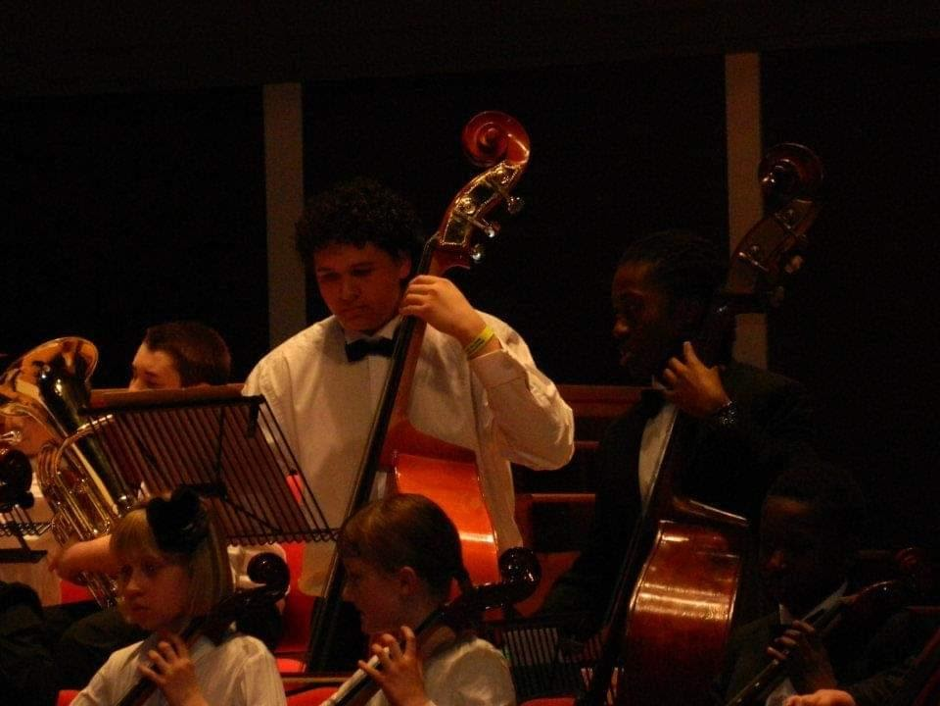 Josh eventually found himself back at Dudley Performing Arts through the conservatoire outreach learning team and was later offered some teaching work with the service.

His 4th and final year of Conservatoire involved teaching within Dudley around his study hours. He has continued to work for Dudley Performing Arts after leaving university and has been steadily taking on more working hours.

Alongside teaching Josh is busy with regular bands such as; ‘Black Country Big Band’, ‘Stadium Big Band’, ‘Fat Chops Big Band’ ‘State 51 Big Band’ where he had the opportunity to play to celebrities Sylvester Stallone and Arnold Schwarzenegger along with many UK greats such as: Mathew Ford, Jeff Hooper, Elaine del mar, Pete Long, Bruce Adams to name a few.

He has also been played on the radio across the country in the past month or so various times with an album release ‘French Poodle’ by the Antonio Socci band, which features Josh on bass.